Dysphagia is the medical term for swallowing difficulties. This can affect the body’s ability to swallow fluids, foods or both. Dysphagia affects approximately. 580 million people worldwide (www.iddsi.org). It is evident in 11% of the general community and is likely to affect 1 in 17 people in some form in their lifetime. Dysphagia is a symptom caused by another health condition.

The World Gastroenterological Organisation (WGO) estimates that dysphagia affects between 40-70% of people who have suffered a stroke and between 60-80% of people are living with a neurodegenerative disease such as: Parkinson’s disease, Multiple Sclerosis (MS), Motor Neurone Disease (MND) and Huntington’s chorea. Between 60-75% of people undergoing radiotherapy for a cancer of the head and neck region, and 57% of people living with dementia are also affected by the condition.

Treatment will depend on the cause and type of swallowing difficulty. Referral should be made to a registered Speech and Language Therapist (SLT) who will carry out a swallow assessment and advise changing the consistency of food and liquids where appropriate to make them safer to swallow. With therapy, this advice can change over time, so a patient may transition from one consistency to another.

It is really important to have foods and drinks of an appropriate consistency available for people with dysphagia. If not swallowed safely, foods and beverages can ‘go down the wrong way’ and lead to severe chest infections which can be detrimental.

Our supplier of modified texture meals, Punjab Kitchen, relishes the challenge of developing appetising and nutritious meals that people enjoy and are of a safe consistency. It is important that people with dysphagia enjoy their food and beverages. Not eating or drinking enough can lead to malnutrition or dehydration which can worsen their overall health condition and reduce their quality of life.

In order to standardise the different textures of foods and beverages prescribed for people with dysphagia to enhance patient safety, the UK adopted national descriptors for texture modification for adults in 2002. As the area evolved these were later updated in 2012. There was then recognition in the global healthcare community that it would be sensible to have international texture descriptors so that when healthcare workers and patients travel from country to country there will be no confusion about the dysphagia descriptors being used and this in turn means that patient safety is assured, and so the International Dysphagia Diet Standardisation Initiative (IDDSI) was born in 2015.

The framework consists of a continuum of eight levels (0-7) and includes descriptors, testing methods and evidence for both liquid thickness and food texture levels. Anglia Crown will be fully supporting these changes.

An Expert Reference Group (ERG) looking at the appropriateness of implementing the IDDSI framework in this country was set up in 2015. Following extensive consultation with members, the British Dietetic Association (BDA) and Royal College of Speech & Language Therapists (RCSLT) independently and formally announced that they supported the adoption of the IDDSI framework. 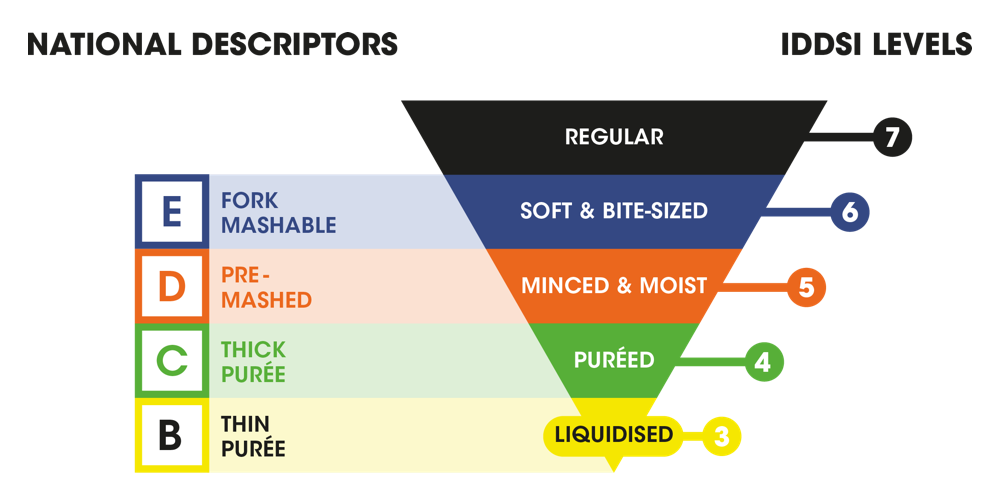 It was agreed that a transition period would begin in April 2018 with compulsory adoption by April 2019.

We have been working together with Punjab Kitchen to deliver and support the transition to the new IDDSI standards to our healthcare and care customers.

Punjab Kitchen have redeveloped their entire range, Simply Puree, testing them to the new IDDSI standards and making sure each dish falls within the expected criteria. During the testing phase, many speech and language professionals were consulted and with their constructive feedback and Punjab Kitchen’s expert manufacturing knowledge, the new meals were developed with patient safety being central.

During the transition phase, products have been dual labelled with both the UK national descriptors and the new IDDSI descriptors to allow staff time to adapt to the new descriptors. The colour coding remains the same for ease of use with serving staff.

Following the official adoption of IDDSI on 1st April 2019, dual labels will gradually be phased out.

“The national descriptors have undergone an international makeover and we have changed with them. Our focus on patient care and safety remains at the core of what we do, and we continue to make sure that as much flavour and nutrition is packed into each dish as possible.”
– Yaqoob Ishaq, Director at Punjab Kitchen

Our partnership allows Anglia Crown to offer over 70 dishes, including mains and desserts, in a range of textures covering Levels 4 to 6. For patients who have transitioned to a regular diet, Anglia Crown offer over 300 products meeting level 7 IDDSI. 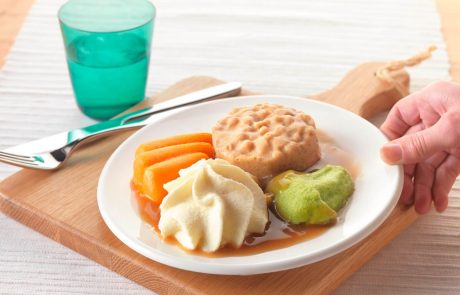 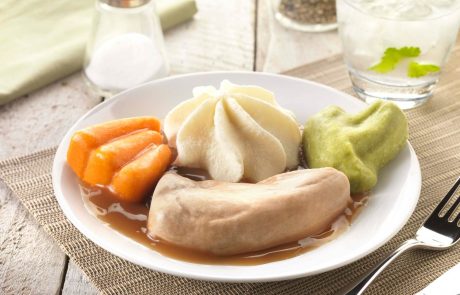 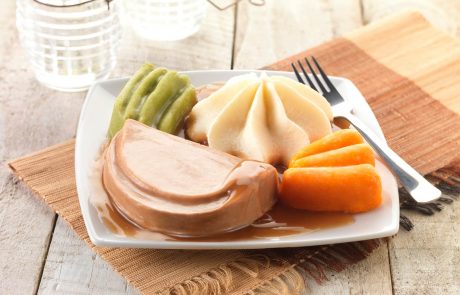 Training and resource information for serving staff is available to help organisations transition to adoption of the new standards. For further information, please contact your account manager.

This site uses cookies: Find out more.
Go to Top